The construction of the world’s largest optical telescope (GMT) has moved one step closer today, with the funding worth US$500 million committed from 11 international partners. The Giant Magellan Telescope, when fully operational will look further into space and further back in time than any telescope ever constructed. 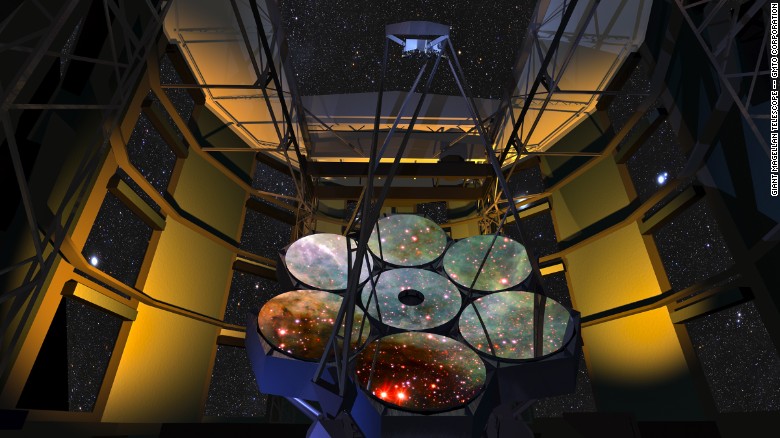 The Giant Magellan Telescope, which is set to be the world’s biggest and most powerful is constructed from seven large mirrors that can span a total of 25.4 meters, bringing in six times more light than any other telescope. This telescope will have the ability to resolve images ten times clearer than the space-based Hubble telescope.

Pat McCarthy, the director of GMT said: ”We expect in late 2021, possibly in early 2022, we will put three or four primary mirrors in the telescope, start doing some engineering, start doing some astronomy, and by that point we will have the largest telescope on the planet by a good margin. We’ll then slowly integrate the rest of the mirrors as they come along so that by 2024 or 2025, we should have all seven mirrors in the telescope.”

The scientific partners of the GMT includes Australia, Chile, Brazil, United States and Korea. The world’s largest telescope will be housed in a 22 story high rotating building and is planned to take its first tentative image of the heavens by 2021.

"The Largest Cleanup In History" Devised By A 20-Year-Old