Bitcoins is the no doubt the most popular cryptocurrency that is widely accepted across several countries of the world and is used for various purpose right from online shopping until trading. The increasing use of Bitcoin and it is essentially peer to peer mechanism can actually redefine the way it can help reshape the economy and can thus have an impact on the associated sectors/fields like politics. The present system of the economy gives the central power of authority to the banks or government.

Cryptocurrencies like Bitcoin, on the other hand, eliminates the very need of this central authority due to it decentralized ecosystem. So it will certainly have a deep, long-lasting impact on the economy, banking, and finance- for good and for bad. It will be interesting to know the depth and stability of its impact:

It can facilitate anonymous transactions between illegal entities

A huge portion of the web is still hidden from the common population. Aptly named Dark Web, this web consists of the digital ecosystem of various entities that don’t want to reveal themselves to the public and many of these entities are illegal, even dangerous. Right from illegal weapon dealers and makers till drug peddlers and smugglers, a huge number of illegal entities are connected via the net but we cannot trace or search them using the general browsers and common way of browsing as there are special technical requirements to access the dark web.

One of the factors that are common between Bitcoin and eh stock market is the extreme and unpredictable volatility and speculations. The major driving factor that attracts most of the investors in the share market deposits despite its risks is this volatility that can offer the best rewards to those investors who excel at the art of stock trading. Bitcoin offers the same volatility and the associated reward potential for the deserving candidates.

A better option for modest investors

There is one more advantage of investing in Bitcoin that makes it a better option for the modest or hesitant investors. While many traditional stocks of highly reputed brands are traded at very high prices reaching up to 3 figures per unit (in USD) the Bitcoin allows the investors to purchase the fractional units offering more cost-effective options to the modest traders who wouldn’t like to take big risks. For example, you cannot buy a unit of share that is available at less than a cent but when you invest in Bitcoin market its quite common to purchase a fraction of the unit at half the value of a cent (or even less than that.)

Powering the population and weakening the power authorities

The traditional model of banking is based on the centralization of power and autonomy. The people need the intervention of government or central bank in order to enable the transfer, saving, receiving, withdrawal and other major transactions related to their own funds. The transactions records are registered and digitally saved by the banks that actively help them in enabling security. But at the same time, it means that the government or banks can scrutinize the various transactions carried out by the investors using their own money and this scrutiny is not always welcome by the people. The Bitcoin offers the precise solution to the people on this front.

If used by the malicious elements for their vested interests the bitcoin can also play a vital role in enhancing the money laundering activities as it essentially eliminates the central authority that can govern, enable and track the various transactions. Besides, when compared to other forms of money laundering the bitcoin proves to be a better and more convenient option due to the essential digital nature that makes it free from the hassles of handling and transporting the physical currency that still plays a vital role in facilitating traditional money laundering activities.

A market (and a consumer group) in the making

The Bitcoin can be used to buy something that is available at just the fraction of a cent and this power of scaling has certainly started the process of innovative market creation. Though the trend may still be in its baby steps the possibilities are strong that this new market would be welcomed by the many digital savvy people as it is not under the control of any central authority.

Annette is a content writer and director of operations. She writes for various industries like travel, wildlife, history, art, and of course technology! She works with B2B and B2C businesses providing digital marketing content that gains social media attention and increases their search engine visibility.

Get the best health with these wearables in 2018 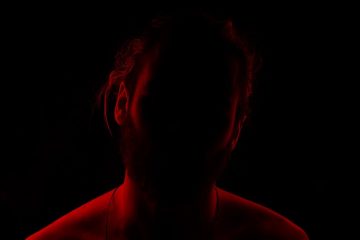