For almost two years now, the term bitcoin has been used countless times in both print and online media, drawing a huge attention to it. On Dec 17th, 2017, this cheerleading cryptocurrency broke the record by selling at almost $20, 000 per coin. But despite this rooftop performance, its founder still remains a mystery. This makes you wonder, who is this mystery person who doesn’t want credit for such a great invention?

According to Wikipedia and the original bitcoin’s whitepaper, Satoshi Nakamoto is presumed to be its founder. But various research works also postulate that there is no one by this as it’s a pseudonym that could be representing more than a single individual.

Some of the famous cryptocurrency individuals have been rumored to be Satoshi due to the insane amounts of bitcoin they possess. Some individuals too have come out declaring that they are the shadowy creators of this premier coin. Since there is no single answer to who bitcoin creator might be, we will put forward suggestions of people have been suspected to be behind it.

Individuals Presumed To Be Satoshi Nakamoto

The Tesla chief once came into the limelight for being suspected to be the fabled Satoshi. A writer by the name of Sahil Gupta published a post in Medium claiming that Musk is the founder of the almighty Bitcoin. According to Gupta, Elon’s solid coding skills, innovative ken, and glossy entrepreneurial skills put him at the top of the list.

A few days later, Elon showed up and pooh-poohed Sahil’s accusations by saying that he knows very little about Bitcoin. Currently, he is just known to be a proponent of this currency and nothing more.

In 2013, Dominic Frisby, a financial author suggested that Nick Szabo could be the mysterious Satoshi Nakamoto. Why Nick? First, he is a knowledgeable computer scientist with hordes of cryptographic projects under his belt. This super-secretive scientist created one of the first cryptocurrencies called “Bit gold” in the 90s.

A group of linguistic researchers also took upon themselves to research bitcoin writings and compare them against potential BTC inventor candidates. Their findings were outstanding. They reported that Nick’s work born so much resemblance; other candidates stats were further behind.

Nakamoto is said to own about one million bitcoins and hence, going by the current rates, he could be worth more than $10 billion. If you take a look at Nick Szabo’s net worth, you’ll realize he is a millionaire, not a billionaire and being as smart as people say, why would he expose all his wealth to the public? Anyway, let’s move on to another possible candidate.

Craig is an Australian academician who also stepped forward as the man who invented bitcoin. While talking to BBC, this skilled scientist and businessman was able to pull forth some evidence of the first bitcoin transaction-10 BTC sent to Hal Finney in 2009.

The co-founder of Bitcoin Foundation Jon Matonis went forth and scrutinized Craig’s evidence based on three categories; social, technical and cryptographic. He reported that everything added up and that Craig Wright, may, after all, be Satoshi Nakamoto. Unfortunately, Wright was unable to provide further public proof and even pulled down the article that purported that he was BTC creator and replaced it with an apology letter stating that he can no longer strive to prove the point.

A Newsweek journalist pinned Dorian Prentice, a Californian resident whose birth names are Satoshi Nakamoto to be the man behind bitcoin. Like others, Dorian refuted the accusations by asserting that he has never heard about the currency before. Nevertheless, any google up of Satoshi Nakamoto will most probably direct you to this Asian man.

Andy Greenberg, Forbes journalist turned the spotlight on Hal Finney, a computer scientist and developer of a repeated POW (proof of work) as Bitcoin ghostwriter who may have an idea on the real Satoshi is. There was not much debate about this and the claim died down.

As we said before, Satoshi Nakamoto is purely a moniker and hence might actually be representing a cluster of companies. There is an uncanny observation online stating that Samsung, Nakamichi, Motorola, and Toshiba could be bitcoin’s parents. Before you do that “what the heck” thing, check this out. When the first letters of Samsung and Toshiba are conjoined, they form Satoshi. Doing the same for Nakamichi and Motorola gives you Nakamoto. See? Frankly, these companies have insane net worth and if they pull together their resources, they can make anything.

Why would the father of the most famous electronic payment system choose to remain unknown?

There are many reasons why this mystery character decided to go MIA. For starters, there are many perils associated with forming a new currency. In 1998, Bernard Von, a Hawaiian citizen was slapped with a six-month house arrest after attempting to form an alternative currency duped “Liberty Dollars.”

In 2007, another digital currency coined “E-Gold” was shut down by a government agency for claims of money laundering. By disappearing from the public, Bitcoin inventor did it a solid. With no one to frame, accuse or drag to court, this cheerleading digital asset has escaped the long arms of governments for ten years now.

Bitcoin’s co-principle to be a decentralized currency not tethered to any company, individual or authority. Only two individuals/parties are involved; no central authority. From a post Nakamoto wrote in Bitcoin forum back in 2009, it’s clear that this mystery scientist was libertarian who had a strong dislike for corrupt politicians and rich folks. In fact, the currency came in right after the housing bubble burst of 2007 as an alternative way to disrupting the fraudulent banking system.

So who exactly invented Bitcoin?

It’s been ten years since Bitcoin was invented and as this worldwide payment system continues to spread its wings, no one person, with concrete proof has come forth to take credit for its creation. The only thing we have close to bitcoin’s public face is Garvin Andresen who is its core developer.

Since they say nothing remains buried forever, we should remain hopeful that one day we will come to know who the real Satoshi Nakamoto is. For now, we can only speculate, which seems to be an overarching principle in cryptocurrencies, anyway.

10 Best Apps You Can Use To Build Your Vocabulary! 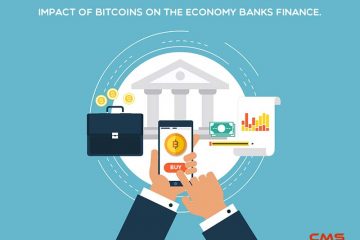