Palo Alto, Calif. – September 27, 2016 – Skycure, the leader in mobile threat defense, today announced the results of its fourth Mobile Threat Intelligence Report, based on worldwide mobile threat intelligence data from Skycure. This quarter’s report focused on executive mobile devices. These devices have a combination of apps with sensitive data, including personal, corporate, and customer information, making them a valuable target for malicious hackers. The report found that 32.5 percent of executive devices were exposed to network attack in April through June 2016 timeframe. In addition, at some point 6.3 percent of executive devices have been infected with high severity malware, and 22.5 percent have been infected with high or medium severity malware, leaving much of that valuable sensitive data vulnerable to cybercriminals.

According to a Forbes report, 90 percent of executives use a smartphone every day and are increasingly using tablets for business.  These executives not only use mobile devices for work during business hours, but use them on their own time, or while away on business travel. The same study reported that the percentage of executives using tablets rose 19 percent in three years. Mobile executives more often than not have multiple mobile devices, increasing the likelihood of network attack or infection with high severity malware on at least one device.

Executives in the study had a variety of apps on their devices that hold sensitive information, including apps for CRM, document storage and editing, expense tracking, and mobile banking and investing.

“Executives hold the keys to the corporate kingdom on their devices and hackers know it,” said Yair Amit, co-founder and CTO of Skycure. “Between ransomware, spear-phishing, and simple network attacks, executives can not only expose their own data, and that of customers, but open the door to corporate espionage and other attacks.”

The study reported some good news on the mobile executive front. Executives are more security aware than their general population counterparts:

All devices at risk

According to Skycure data, nearly 23 percent of all mobile devices experience network attack in one month of observation. That percentage rises to more than 41 percent after three months. Skycure performs hundreds of millions of network scans worldwide every year.

About 32 percent of all mobile devices are medium-to-high risk according to the Skycure Mobile Threat Risk Score. The percentage of high risk devices dropped slightly in Q2 2016 to 1.7 percent. These devices have either already been compromised or are currently under attack. The Skycure risk score takes into account recent threats the device was exposed to, device vulnerabilities and configuration, and user behavior.

About the Mobile Threat Intelligence Report

The Skycure Mobile Threat Intelligence Report reviews worldwide threat intelligence data. Today’s report is based on tens of millions of monthly security tests from April through July 2016 and includes both unmanaged devices and those under security management in enterprise organizations. Executive devices were determined based on the apps installed on their devices. Data includes Skycure’s proprietary Mobile Threat Risk Score, which acts as a credit score to measure the risk of threat exposure for mobile devices. For organizations, Skycure condenses millions of data points to calculate a risk score so that IT can quickly discern the state of the overall system and the risk to each device.

For a copy of the Mobile Threat Intelligence Report go to: http://www.skycure.com/blog/2016q2-threat-report/

For details and to learn more about how Skycure Mobile Threat Defense protects organizations and prevents cyber attacks without compromising the mobile user experience or privacy, visit www.skycure.com. For information on the Skycure Executive Package for protecting mobile executives, visit http://get.skycure.com/executive-package.

The Evolution of Social Gaming Over The Years 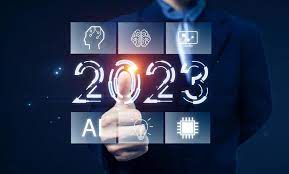 How Astonishing Technology Trends Would be in 2023?