Certificates are made to make sure that the communication between a web server and a computer is secure. It is a vital part of the internet world where there are increasing risks of hacking and security concerns. Google said it would no longer accept certificates issued by the China Internet Network Information Center (CNNIC) following a security interval.

The CNNIC says that the decision made by Google is not acceptable and is unintelligible. The CNNIC provided certificates to websites and also provided domain names; this also includes Chinese-language domains for government and bank websites.

So now Google Chrome will see a warning notice when sites are accessed with CNNIC certificates, the warning will indicate that the user is not secure. This action from Google is the result from unauthorized security certificates which were issues to many of its domains. Google conducted an investigation with CNNIC, the problem was tracked a Cairo based firm which was hired by the CNNIC to give certificates.

Google says that this leaves them vulnerable to hacking while the Cairo based company said that this was a human error. Google appreciated CNNIC’s help in the investigation but they further said that they did not appreciate the CNNIC outsourcing a critical job to a firm which was not fit to handle it.

Google have given a grace period to CNNIC for some sites which include Banks and government sites. This was done so they can obtain certificates from other authorities.

The CNNIC has expressed their anger on the matter saying that that Google should take users’ rights and interests in consideration. 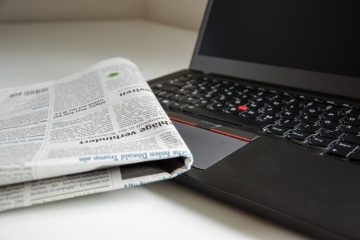 The Future of IoT – Innovation and Security